Foster a friendship between food and emotion!

Combine a passion for food and physical fitness with years of education and work in the field of social work and you come to understand the links between food and emotion. Better yet, you develop simple and successful ways of uncoupling unhealthy connections and, instead, helping others (and yourself) to celebrate with food in ways that work!

Brenda's three primary areas of interest and work experience--social work, pastoring and nutrition--mean the programs and one on one consulting she offers have your covered, body, mind and spirit.

Let her help you imagine a better future and support you in making it happen!

Initially trained as a social worker Brenda was employed in the social services field for almost a decade. She worked with family support services in a variety of positions including group home supervisor and social worker for an inter-ministerial residential facility for high-risk adolescents.  Though she loved her work, it was also during this period that she decided if she was going to work 9-5 with children, that she was going to come home to a quiet house and only one warm body—that of her husband, Mark.

For the past twenty-five Brenda has formally and informally studied nutritional principles, natural cooking, fitness, nutritional and food supplementation and time management. In 1986, she formed her own company, and began consulting, teaching and writing on healthy living.  Though the company flourished, Brenda was less consistent in her personal goal attainment and by 1996 was working out of a home office surrounded by five additional but smaller warm bodies. (Actually, she added the study of pre and post-natal care to her schedule and wanted hands-on experience to back up the research!)

Brenda’s writing credits span more than a decade—largely in the area of freelance health writing—and  include three years of column writing for Edmonton, AB papers,  as well as a variety of articles on family life written for publications such as Canadian Living, Maclean’s and Family Fun.

She has a humorous and practical style of imparting information and is capable of inspiring others to learn, risk and grow.

Brenda’s sense of humor comes of surviving her first 25 years as a ‘sickie’—how else do you survive four bad colds a year, each being a full season long—and her last 35 years as a mother of five wonderful but slightly wild and crazy children.

Though making good lifestyle choices is an extremely important matter, and one that, depending upon your decisions, gives rise to some significant consequences, it is Brenda’s belief that not taking yourself too seriously and being able to laugh when the situation warrants, takes you much further along on the healthy living journey than another batch of solemn, theoretical information. 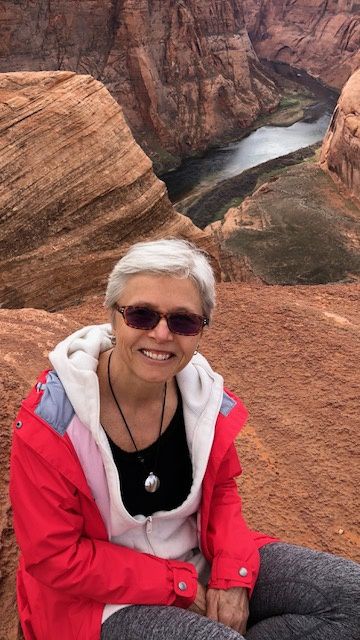 As far as she is concerned, a spoonful of organic, unpasteurized honey does a very good job of helping ‘eating for health’ medicine go down.

Ready to have Brenda work with you to create simple steps to a healthier family?

We would love to hear from you!